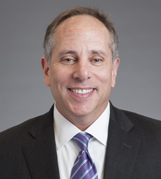 Mr. Menchel is widely renowned for his skill in the courtroom. Recognized as “an absolutely first-class trial practitioner” by Chambers USA, he is described as “truly gifted at cross-examinations and at communicating with a jury.” The Daily Business Review has twice chosen him as the "Most Effective Lawyer" in the criminal law category.

The presiding judge on a highly publicized, eight-week-long Foreign Corrupt Practices Act trial commented about Mr. Menchel’s trial skills: “his cross-examination was about as textbook an example of a vigorous cross-examination as I’ve ever seen.” In a separate, high profile white collar criminal matter in the Southern District of New York, the presiding judge called Mr. Menchel’s summation “among the top 2-3 [summations] I have seen in my 25 years on the bench.”

Outside the courtroom, Mr. Menchel oversees the firm’s Trial Advocacy program. In that capacity, he has brought together experienced trial lawyers to exchange ideas and best practices, as well as put on live demonstrations.

Before joining Kobre & Kim, Mr. Menchel was a prosecutor at the U.S. Department of Justice (as an Assistant U.S. Attorney in the Criminal Division of the U.S. Attorney’s Office for the Southern District of Florida), where he was also chief of the Criminal Division. He also served as a prosecutor in the New York County District Attorney’s Office, during which time he trained Assistant District Attorneys in trial advocacy as the director of legal training.

A “fearless and relentless trial lawyer who can walk into a courtroom on any matter in any jurisdiction and command the issues." - Chambers