An Opportunity across the Pond: U.S. Discovery Developments can Drive UK Proceedings

Section 1782 of Title 28 of the United States Code is a federal statute that allows a litigant to a non-U.S. proceeding to apply to a U.S. court to obtain evidence for use in the non-U.S. proceeding. Recently, numerous developments both inside and outside the courtroom have increased the utility (and appeal) of U.S. discovery, especially for UK-based litigants whose own country’s approach to discovery is with high costs and a narrow scope.

Litigants and arbitrators in the United Kingdom have become frustrated at the high cost of evidence-gathering through discovery. But across the Atlantic, many U.S. courts have been opening and expanding the discovery available to support foreign proceedings – which may present an opportunity for frustrated litigants.

By leveraging these and other advantages of U.S. discovery (outlined below), UK litigants can acquire an edge.

Brexit, California and an Unexpected Opportunity for Discovery

The shifts in the discovery landscape are illustrated by Google’s post-Brexit decision to move the data of its British users from Ireland to California, relocating potential evidence well into the reach of American courts. This opens the door to using the U.S. statute for discovery assisting foreign proceedings – commonly known as Section 1782 discovery – to learn about communications involving UK Google users. Uncovering patterns of communication and details about account holders can unravel false allegations.

Much like the UK’s Court of Appeal’s recent confirmation that third parties may be compelled to give deposition testimony to be adduced in international arbitration, two U.S. appellate courts recently allowed Section 1782 discovery for use in a foreign private commercial arbitration. Although trial courts around the United States have not always been consistent in determining whether or not to allow discovery in support of these arbitrations—with California and Delaware courts reaching different conclusions in the past few months—creative advocates can create yet another use for Section 1782.

American discovery can reach broadly, requiring a person found in the U.S. to collect and produce documents stored abroad, as long as the documents are in their possession, custody, or control. While U.S. courts had not always applied this principle consistently to the discovery that assists foreign proceedings, the court of appeals covering New York recently confirmed the breadth of discovery, and courts throughout the country, including California, have been following suit.

U.S. courts also provide a valuable forum for enforcing a judgment or arbitration award after prevailing in litigation. Not only can litigants often obtain a U.S. judgment based on the victory abroad, but they can use Section 1782 to gather information for foreign enforcement proceedings. While federal courts in New York had sometimes been unwilling to provide this assistance, a properly framed request can yield valuable information on assets that can be deployed in foreign enforcement proceedings.

Litigants can Widely Use U.S Discovery Once Granted

Practitioners cannot use discovery obtained in UK courts other than for the particular purposes identified when applying for the court-ordered discovery. In cross-border judgment enforcement cases, this can create problems – an asset found in discovery may open up a new enforcement avenue that litigants cannot pursue. U.S. courts are much more permissive, and litigants can more widely deploy discovery ordered by a U.S. court. The most common limitation on further use of U.S. discovery is a protective order governing the use of confidential documents, but practitioners can manage even these limitations by thoughtful advance planning.

The U.S. discovery arsenal is expanding fast. For litigants in the UK wishing to arm themselves as best as possible in the search for evidence, a skillful cross-border strategy across the Atlantic is absolutely necessary to lead the charge towards victory.

The firm’s claim monetization and claim dilution team has significant experience acting on behalf of judgment and arbitration award creditors to develop and implement enforcement and asset tracing and recovery strategies to monetize high-value judgments, and is guided by an in-depth understanding of the latest asset structuring techniques and defensive litigation strategies that judgment/award debtors can deploy.

Many of our cases involve closely coordinated cross-border proceedings, and we are able to either advocate directly, or to work cooperatively with local counsel, in jurisdictions in the U.S., UK, EMEA, Asia, Latin America and key offshore financial centers. 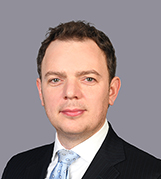