The New Art Fraud: Galleries and Dealers Are the Next Global Hacking Targets

The art market is not without vulnerabilities to email hacking. Below, our international judgment enforcement and asset recovery experts provide three keys to success when it comes to recovering any art-related assets lost as a result of hacking.

Email hackers have been striking the art market. In a fraudulent scheme that has been widely reported and hard to detect, criminals hack into a gallery or dealer’s email account in order to impersonate them, then intercept legitimate correspondence with clients ready to finalize a deal to send fraudulent invoices with wire payment instructions. The art world is an attractive target because of its fast-paced, high-value transactions with minimal documentation. Once the money has been wired to the criminal’s account, they move to transfer the funds to erase their trace and disappear undetected.

Victims of such a hack must wield all of the legal and investigative tools at their disposal to maximize the odds of recovery.

Here are three keys to success:

Act quickly, the money may still be reachable

Many jurisdictions will allow lawyers to move quickly to freeze suspicious assets. For example, in Hong Kong (where a significant portion of art transaction funds land), with sufficient documentation, the police can “peek” into bank account records to confirm whether the wire proceeds have hit the account. They can immediately ask the bank to put a soft freeze on the proceeds of crime in the account until lawyers seek a local court order to return the funds.

Use powerful tools to go on the offensive against the wrongdoers

Many jurisdictions such as Hong Kong and London also have powerful tools such as Norwich Pharmacal (third-party discovery) orders and Mareva injunctions (asset-freezing orders) that can be deployed to gather information on the fraudulent accounts and the wrongdoers themselves. Armed with more information, it’s possible to target the hackers and their co-conspirators directly, potentially disrupt their operations, and freeze other of their assets for recovery.

Collaborating with law enforcement is another avenue to a successful recovery. Many international agencies, including, in the United States, the FBI and Secret Service, have agents and analysts who specialize in cybercrime, as well as art fraud. Using counsel with preexisting law enforcement relationships is key to gaining access and ensuring your case is a priority. If law enforcement pursues the perpetrators, under U.S. federal law, anyone convicted of a crime is assessed a judgment for restitution to repay the victims for their losses. While not all cybercriminals are brought to justice, many are and may be able to repay their victims. And while restitution is separate from forfeiture (through which the U.S. government seizes funds and other assets resulting from crimes), the DOJ often turns over any forfeited assets to victims as restitution.

This is a new threat to one of the oldest global industries. To combat it, art dealers and galleries need to work with speed, across jurisdictions and with all of the tools of law enforcement, investigations and international judgment enforcement at their disposal.

Kobre & Kim is an Am Law 200 law firm focused on disputes investigations, often involving fraud and misconduct. Our team has deep experience devising effective fraud-related global asset recovery strategies including freezing, tracing and recovering misappropriated funds. We have had success freezing assets through both judicial and non-judicial means to repatriate funds to victims. Kobre & Kim does not have a transnational practice and does not typically maintain commercial relationships with major institutional players, and thereby maintains its ability to serve as a zealous and independent advocate in disputes involving the U.S. government or virtually any private litigant. Our lawyers also regularly advise companies seeking to enforce judgments against corrupt individuals or entities in cases where assets have been stolen and placed in Asia, offshore and other jurisdictions. 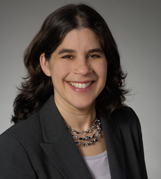 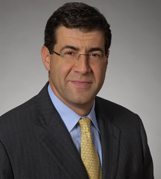 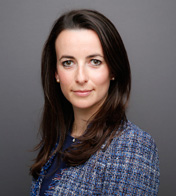