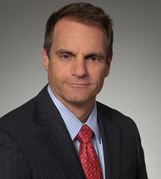 Mr. Lourie has litigated some of the highest-profile cases brought by the U.S. Department of Justice (DOJ), the U.S. Commodity Futures Trading Commission (CFTC), the Federal Energy Regulatory Commission (FERC) and the U.S. Securities and Exchange Commission (SEC). Among his more notable matters was the representation at trial of DRW Trading and its founder against allegations of manipulation of interest rate futures, brought by the CFTC, and the representation at trial of Brian Hunter, the former head of energy trading for a US $9 billion hedge fund, Amaranth Advisors LLC, against allegations of manipulation of natural gas futures, brought by the FERC and CFTC.

He was recently recognized as a top practitioner in the area by Chambers & Partners, which found that Mr. Lourie's “skills are extraordinary, and his judgment is first-rate.” Mr. Lourie has also been involved in some of the highest-profile matters in the areas of international judgment enforcement and asset forfeiture and recovery, and he is recognized as a top practitioner by publishers of the Global Arbitration Review for his outstanding work in this area. Mr. Lourie's experience includes the victory against the U.S. government before the U.S. District Court for the District of Columbia and the U.S. Court of Appeals for the DC Circuit in the representation of Tiger Eye Investments, Ltd., an investment company located in the Cayman Islands, involving the release of US $400 million of trust assets.

His “skills are extraordinary, and his judgment is first-rate.” - Chambers & Partners