India-Based Debtors Can Face Off Against Global Lenders

Indian debtors may feel they have little power when they default on a loan from a global institutional lender, wary of aggressive and multijurisdictional enforcement efforts. However, regardless of whether the lender is willing to negotiate or not, debtors have a surprising number of ways they can gain an advantage and fortify their defenses, as Kobre & Kim’s Claim Monetization and Dilution team explains below.

Deals can fall apart. As a debtor, it’s important to understand your risks and respond appropriately.

When a debt comes due, some lenders might be willing to give debtors some breathing room. Others might not be so generous, instead gearing up for a fight. For Indian companies and individuals, borrowing from a major global institutional investor – such as a bank or private equity fund – could amplify these risks by scattering pressure points across borders.

Whether it’s bargaining with the lender or fighting back against attacks, Indian debtors must understand what steps they can take to increase their leverage and fortify their defenses against financial giants in a global counteroffensive campaign.

Maximize your leverage within forbearance agreements.

When a debtor first enters into default, some lenders may choose to delay collection in exchange for the debtor’s giving up certain rights or property in a forbearance agreement. Debtors should fight as hard for better terms in these agreements as they would for any other contract.

For instance, debtors should push to include “cure periods” in the event of further defaults, which oblige the lender to give both a written notice and a grace period. In addition, lenders will likely require a debtor to make periodic representations and warranties affirming the legal and commercial basis of the agreement. For debtors, it is better to make only repeated legal representations (e.g. affirming there are no ongoing litigation proceedings) rather than commercial ones (e.g. the status of the debtor’s customers) to avoid giving too much away. Debtors should also fight for objective tests for how an event of default is determined, rather than subjective determinations made at the whim of the lender.

Buy as much time as you can.

For many debtors, oftentimes the real solution to their immediate problem is simply more time. Beyond a forbearance agreement, debtors can take other steps to delay a lender’s decision to collect or sue, such as demanding time for a re-valuation of any pledged collateral. Given the amount of time passed since the loan agreement was first signed, the value of collateral will almost certainly have changed.

Owners of a debtor company can also sell the debtor company to a third party, which launches a new set of time-consuming legal processes for the creditor. This can also reinforce the concept of “corporate separateness” from the debtor. Finally, should the parent company or third party become a secured creditor to the debtor, this has the added effect of subordinating the original lender in the event of insolvency.

Know the difference between a default and “end of default.” Use it to your advantage.

Beyond the above defensive steps, debtors may be able to find areas where they can go on the counteroffensive. In their zeal for collection, lenders may sometimes miss the difference between a default (an act that breaches the terms of a loan agreement) and an event of default (the point after a default when a lender can exercise their rights and remedies).

If a lender acts prior to an event of default, courts in some jurisdictions – such as the United Kingdom – might hold them liable for wrongful acceleration, potentially reversing their efforts to collect. Even better, if the original loan agreement contains a cured default provision, a savvy debtor might even be able to stop a lender after an event of default by curing the default at any point.

Stand up to overbearing lenders.

Lenders often become involved in the business operations of their debtors when working out distressed loans, but sometimes they may overstep by interfering with management decisions. This is a mistake debtors can leverage in both re-negotiations with the creditor as well as litigation.

In certain jurisdictions, including several U.S. states, courts have held banks liable for threatening to send a company into bankruptcy if it did not keep its bank-appointed CEO, or for making the funding of a construction project contingent on inspection on the progress of construction. In rare instances, a lender may exercise so much control that a court may find a fiduciary relationship to exist, thereby imposing on lenders far greater duties toward the debtor.

Leading institutional lenders are no strangers to aggressive enforcement measures and are willing to deploy all possible legal tools at their disposal in prosecuting against debtors. Pre-emptively preparing a defensive strategy that considers the tools these lenders are most likely to take – and how to respond – will require both an in-depth understanding of the relevant jurisdictions, as well as the ability to anticipate the mindset of an aggressive creditor.

Kobre & Kim is a global law firm focused on cross-border disputes and investigations, often involving fraud and misconduct. By avoiding repeat client relationships, and the conflicts of interest that come with them, we maintain our independence as advocates ready to litigate against virtually any institution.

The firm’s claim monetization and claim dilution team has significant experience acting on behalf of judgment and arbitration award debtors to develop and implement enforcement defense strategies to dilute and protect entities against aggressive, high-value judgments. We are guided by an in-depth understanding of the latest asset structuring techniques and defensive litigation strategies that judgment/award debtors can deploy.

Many of our cases involve closely coordinated cross-border proceedings, and we are able to either advocate directly or to work cooperatively with local Indian counsel, as well as in jurisdictions in the U.S., UK, EMEA, Asia, Latin America and key offshore financial centers. 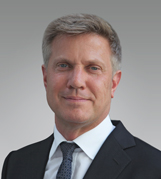