Looking to Enforce a PRC “Keepwell Agreement”? Look Outside the PRC

As Mainland Chinese companies teeter on default, offshore creditors should pursue every avenue to ensure recovery. One strategy would be to enforce keepwell agreements overseas, our global Claim Monetization team explains below, forming the basis of a cross-border pressure campaign on the debtor.

Creditors are scrambling to recover funds from debtors amid the current wave of defaults by issuers based in the People’s Republic of China (“PRC”). With the securities put up by debtors covering only a fraction of what they owe, general unsecured creditors see the need to exhaust every possible avenue to maximize recovery. The overseas enforcement of keepwell agreements – promises by a PRC onshore parent company to maintain a debt issuer’s liquidity and solvency – presents a practical opportunity to expand enforcement targets to parent companies generally with greater assets and more powerful decision makers, both susceptible to cross-border monetization techniques.

Keepwell agreements – an increasingly popular form of credit protection when PRC offshore subsidiaries issue offshore high-yield bonds – involve a PRC company’s pledge to keep the debt issuer solvent. In contrast to guarantees, which create binding legal obligations on the onshore parent company to pay the creditors, keepwell agreements do not include such binding terms and are perceived as more of an enhancement as a “letter of comfort”.  Keepwell agreements are typically designed with the registration requirement of the PRC State Administration of Foreign Exchange (SAFE) in mind, so they are often governed by the law and forum of jurisdictions outside of the PRC.

As such, creditors holding distressed or defaulted offshore notes (i.e. offshore creditors) would enjoy significant advantages enforcing the keepwell agreements in jurisdictions outside of the PRC, where courts increasingly recognize them: Just in December 2021, the Hong Kong High Court refused to halt proceedings over a keepwell agreement with a Hong Kong exclusive jurisdiction clause, rejecting an argument that the proceedings should be stayed given PRC insolvency proceedings also underway.

By deploying effective alternative ways for offshore creditors to enforce keepwell agreements overseas or by using it to create lawful leverage aimed at an expanded pool of assets and vulnerabilities outside of PRC, creditors can secure a more favorable return.

Besides simply starting off a suit at the contract-designated forum, offshore creditors should look to other windows of opportunities across jurisdictions to simultaneously support their case and add pressure to the keepwell issuer.

For example, the well-known Section 1782 application under the United States Code is one such opportunity. Because a Section 1782 application allows wide-ranging discovery for use in a pending or contemplated foreign proceeding, offshore creditors can use the application to yield valuable information about the keepwell issuers’ compliance with the keepwell agreement, such as financial standings, fund flows and use of funds. Such information, or the lawful pressure created by the request for information, can provide incentives for negotiations to take place before the fight has even truly begun.

Creditors are entitled to request post-judgment discovery against the keepwell provider as debtor once they have obtained a judgment or award overseas. While court judgments and arbitral awards are easily exported among common law jurisdictions such as UK, Singapore, Hong Kong, Australia and the United States, creditors may lawfully leverage the power of discovery across different jurisdictions to maximize pressure on the debtor.

One effective angle is to focus on the keepwell provider’s international transactions and fund transfers: Post-judgment subpoenas can be issued to target correspondent banks, including SWIFT, FEDWIRE and CHIPS in the United States to reveal potentially problematic US-dollar denominated global transactions. Creditors could then create an in-road to a deeper investigation if they can identify transfers made by the company to its directors, senior management, and their close allies.

Focusing on key individual decision makers is another effective strategy. In most jurisdictions, directors and senior management of the keepwell provider (or third parties in possession of such information such as accountants and auditors) are usually required to provide information of the company’s assets and financial affairs. An examination order obtained in a jurisdiction where an important ally of the key decision maker resides poses risks for that person to give harmful evidence against the company and/or be liable to contempt of court – thus creating collateral pressure.

By using enforcement strategies on keepwell agreements outside of the PRC, offshore creditors can simultaneously narrow options for the debtor and/or its decision makers outside of PRC while expanding the set of assets and decision makers to leverage against (particularly where true ultimate decision makers often reside at the parent level) to drive near-term settlement events. As we’ve seen on multiple occasions, these efforts often trigger settlement events and are proven to be more efficient than passive strategies.

Find out unorthodox ways to jump in front of the line and maximize recovery. 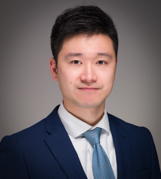 Find out unorthodox ways to jump in front of the line and maximize recovery.