Beware the Reach of U.S. Sanctions

The web of U.S. sanctions across the globe is dynamic and complex, and it can affect companies doing business in any corner of the world, even those with limited ties to the U.S. Inadvertent sanctions violations can be considered “egregious” by OFAC and subject violators to significant fines.

The web of U.S. sanctions across the globe is dynamic and complex, and it can affect companies doing business in any corner of the world, even those with limited ties to the U.S. Through the Office of Foreign Assets Control (OFAC), the agency that administers and enforces those sanctions, the U.S. government extends its reach to economic activity around the world. Companies and individuals can unexpectedly find themselves facing significant penalties, including fines, future restrictions on business with the United States, and criminal process, as recent enforcement efforts demonstrate.

Even inadvertent sanctions violations can be considered “egregious” by OFAC and subject violators to significant fines. In this climate, counsel for companies that do business with, and in close proximity to, sanctioned individuals, corporate entities and countries should be aware of OFAC’s reach.

Keep your distance from SDNs.

U.S. sanctions regulations prohibit any transactions with Specially Designated Nationals (SDNs) wherever located, but OFAC also prohibits certain transactions even indirectly associated with an SDN. OFAC also prohibits transacting with entities who are majority-owned by one or more SDNs, even if those SDNs were designated under different regulatory authorities. In enforcing its regulations prohibiting transactions with SDNs, OFAC has even found that a transaction with a company that is not under U.S. sanctions can nonetheless violate U.S. sanctions if it is signed by a corporate officer who is individually designated as an SDN.

The latest front in OFAC’s expansion has been the aggressive use of U.S. dollar transactions as a jurisdictional hook. Last year, OFAC fined two Singapore-based companies on the theory that they caused a non-U.S. financial institution to process certain U.S. dollar transactions, which in turn caused a U.S. financial institution to provide financial services to Iran in violation of U.S. sanctions. This suggests that OFAC may consider the mere presence of U.S. dollars in any transaction to be sufficient to establish jurisdiction.

In addition to bringing enforcement actions for direct sanctions violations, OFAC also imposes so-called secondary sanctions by designating non-U.S. individuals and companies that trade with sanctioned countries and individuals as SDNs or as Foreign Sanctions Evaders (FSEs). Because persons subject to U.S. jurisdiction, in turn, are prohibited from transacting with SDNs or FSEs, that designation can severely cripple any business. Secondary sanctions designations can occur for a variety of reasons related to U.S. national security concerns, including activities allegedly linked to drug trafficking, terrorism or human rights violations, or transactions with specific individuals and entities. A 2017 law, for example, requires the imposition of secondary sanctions on any person who knowingly engages in a “significant transaction” with a member of the Russian defense or intelligence sectors.

U.S. enforcement efforts have targeted persons who have purposefully sought to avoid the reach of U.S. sanctions altogether. In a recent criminal prosecution brought by the U.S. Department of Justice (DOJ), an individual defendant was convicted of designing transactions expressly to avoid potential secondary sanctions that could have been imposed based on his employer’s facilitation of transactions that benefited the Iranian government. Notably, the case represented the first time a non-U.S. person has been prosecuted for evading or avoiding secondary sanctions, and the DOJ admitted in a court filing that its theory of the case was novel and contrary to OFAC’s historical position. The prosecution underscored the DOJ’s recent aggressive enforcement stance — the defendant was a Turkish national who resided in Turkey, worked at a Turkish-owned bank, and engaged in transactions wholly outside the United States.

In addition to OFAC enforcement actions, the U.S. government has other tools to address sanctions, including the False Claim Act and civil forfeiture. Entities contracting with the government or operating outside the United States should familiarize themselves with the relevant statutes.

Kobre & Kim is a conflict-free global law firm focused on disputes and investigations, often involving fraud and misconduct. With a team comprised of over 20 geographically dispersed former U.S. government lawyers across EMEA, Latin America, Asia and the U.S., including a former U.S. Department of Justice (DOJ) lawyer from the National Security Division in the Counterintelligence and Export Control Section, we have deep experience with U.S. foreign policy, national security and economic controls. We regularly interface with U.S. regulatory agencies that impose such controls, such as the Office of Foreign Assets Control (OFAC), the DOJ and the Department of Commerce, as well as various state regulators to negotiate favorable resolutions on behalf clients alleged to have violated the International Emergency Economic Powers Act (IEEPA) and anti-money laundering statues. 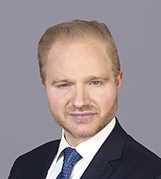