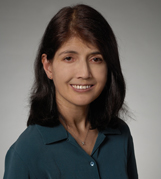 Melanie L. Oxhorn focuses her practice on complex commercial litigation, including financial products and services, internal investigations, asset forfeiture and recovery, and intellectual property litigation. She has extensive experience in both briefing and arguing complex appellate matters in the U.S. Court of Appeals for the Second Circuit, the New York Court of Appeals and all of the lower New York appellate courts.

Before becoming of counsel at Kobre & Kim, Ms. Oxhorn spent more than six years in the New York State Attorney General’s Office’s Appeals & Opinions Division, where she was awarded a commendation by then-Attorney General Eliot Spitzer for winning some of the most challenging cases in that division during her tenure there.

Prior to joining the New York State Office of the Attorney General, Ms. Oxhorn practiced for two years in the small appellate and Supreme Court group at Mayer Brown in New York, which was one of the first large firms in the U.S. to have such a specialized practice predominantly aimed at Second Circuit and New York state appeals.

Prior to working at Mayer Brown, Ms. Oxhorn practiced general and commercial litigation at Wachtell, Lipton, Rosen & Katz and in the boutique Supreme Court litigation practice of Laurence H. Tribe, a Harvard Law School professor and constitutional scholar.
After law school, Ms. Oxhorn clerked for then-Chief Judge Jon O. Newman of the U.S. Court of Appeals for the Second Circuit.