When enforcing an arbitration award across borders, recalcitrant debtors can sow confusion with obscure legal challenges. But as Kobre & Kim’s Claim Monetization & Dilution team demonstrates in a recent offshore victory for two PRC clients, quick and strategic action can beat back the distractions and maintain a steady path to victory.

Parties caught up in complex, cross-border arbitration award enforcement campaigns can expect recalcitrant debtors to avoid enforcement at all costs. Such debtors may try to sow confusion by raising legal challenges, often at the last minute, based on relatively obscure doctrines of law.

A recent Kobre & Kim victory in the British Virgin Islands (BVI) on behalf of two People’s Republic of China (PRC)-based clients enforcing a US $171 million arbitration award demonstrates that when clients are able to quickly anticipate and surgically cut through these distractions, they can maintain pressure on the counterparty and maximize returns on their claim.

In early June 2022, the BVI Commercial Court issued a ruling in favor of Kobre & Kim’s clients concerning the scope of the “revenue rule”, a rarely invoked common law rule against the direct or indirect enforcement of foreign tax laws.

Eight months prior, in October 2021, two PRC-based clients of Kobre & Kim, obtained an arbitration award in the London Court of International Arbitration (LCIA) of around US $171 million against two oil companies incorporated in the BVI and Bahamas.

Under the terms of the LCIA Award, the claimants were to be reimbursed by respondents for certain tax amortization benefits that had accrued to the benefit of respondents following payment of a PRC tax liability by the claimants.

Kobre & Kim has been taking steps to enforce the LCIA Award in several jurisdictions, including the PRC, Hong Kong SAR, the BVI and the Bahamas.

In March 2022, Kobre & Kim served a statutory demand on one of the debtors for their costs and fees in the LCIA arbitration, which the debtor applied to set aside on the initial basis that enforcement would result in a “substantial injustice.”  The day before the hearing, the debtor then sought to argue that the LCIA Award also offended the revenue rule, and sought an adjournment of the hearing. However, Kobre & Kim were prepared to meet this head on, and the BVI Court agreed that:

The BVI Court therefore refused an adjournment and refused to set aside the statutory demand.

As many parties, particularly those based in Asia Pacific, quickly discover, their initial plans for enforcing a hard-won arbitration award around the world can become bogged down in delay and opaque legal challenges. However, as this decision demonstrates, creditors can cut through these tactics by anticipating these kind of challenges, and preparing to confront them head-on at an early stage.

Often working with other law firms as special counsel in cases that are beyond their geographic reach, our Offshore enforcement teams located in Cayman, BVI, Hong Kong and Shanghai, focuses on enforcing high-value judgments and arbitration awards, as well as cross-border asset tracing and recovery. Our conflict-free profile allows us to pursue aggressive positions on behalf of clients, even in situations involving multiple, overlapping stakeholder interests.

Our lawyers have experience litigating in courts around the world, and the global team comprises lawyers and English solicitors and barristers (including English Queen’s Counsel) qualified in key offshore jurisdictions, including Cayman Islands and the British Virgin Islands. 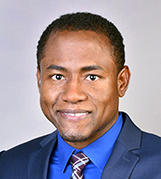 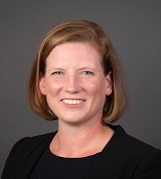 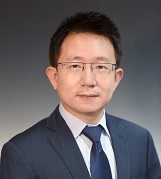