Extradition & Due Process: U.S. Asylum Seekers Are on “Notice” Too

For the targets of political persecution, traditionally, U.S. soil has represented a last chance – by no means a guarantee – for safe harbor. But recent U.S. policies are giving Immigration and Customs Enforcement (ICE) agents too much power in the process.

Trump Administration policies have given ICE agents significantly more discretion in picking deportation targets than was available under prior administrations. For example, the January 2017 Executive Order “Enhancing Public Safety in the Interior of the United States” broadens the categories of immigrants who can face deportation to include those who pose, in the judgment of an immigration officer, a “risk to public safety or national security.”  Giving street-level ICE agents unchecked authority to detain immigrants creates a perception that immigration enforcement is being used to further politically driven policy objectives.

ICE agents are also reportedly using the existence of an Interpol Red Notice against an individual wanted by a foreign government as a basis for arrest and detention. Upon detaining Red Notice subjects, ICE often moves swiftly toward removal proceedings, sidestepping the normal due process available to foreign nationals who may be seeking asylum in the United States or defending extradition proceedings.

Taken together, these shifts in U.S. immigration enforcement practices have created significant uncertainty for foreign nationals seeking asylum in the United States based on political persecution by potentially corrupt foreign government authorities.

For the last several years, under “Project Red,” ICE has collaborated with state and local law enforcement agencies, the United States Marshals Service, Europol, and Interpol to target and arrest individuals wanted by foreign governments. This is a departure from precedent for the U.S., which has not historically arrested or deported people based upon the existence of a Red Notice – issued by another Interpol member country – alone. Interpol’s own rules recognize that a Red Notice does not form the basis of an arrest. Under the U.S. Department of Justice protocol, if the subject of a Red Notice is found in the U.S., arrest and detention can generally only occur when a valid arrest warrant or provisional arrest warrant has been served by the requesting country upon U.S. Department of State. In these circumstances, foreign nationals are entitled to the due process available through a U.S. extradition proceeding.

In a recent demonstration of Project Red, ICE arrested 105 immigrants and foreign nationals in a five-day enforcement operation in New Jersey. Several of these individuals were the subject of Interpol Red Notices for alleged crimes in their home countries, including, for instance, a 34-year-old Ecuadorian national and 54-year-old Russian national who were both alleged to have committed fraud in their native countries. This action follows a larger Project Red sweep in 2016 in which ICE arrested 45 individuals wanted for crimes in 22 different countries in Europe, Asia, Latin America, and the Middle East. 16 of the 45 individuals were wanted on various fraud charges – allegations that hardly appear to reach the threshold of a “risk to public safety and national security.”

Throughout history, corrupt regimes in politically volatile countries have sought to imprison political opponents without due process.  Those targeted have included leaders of opposition parties, outspoken journalists or successful entrepreneurs who have gained wealth and global networks deemed as threatening to the regime in power.  Tactics used in corrupt regimes often include “show” trials where the accused have no right to counsel, hyped-up charges are supported by little to no evidence and imprisonment that can include torture. For the targets of political persecution who have made their way out of their home countries, U.S. soil has often represented a last chance – but by no means a guarantee – for safe harbor.

For instance, the U.S. granted political asylum to Alex Konanykhin, a former Russian banker, in 1999 and again in 2007 (following an unsuccessful appeal to reverse the initial asylum decision). Konanykhin faced embezzlement charges in Russia, which the U.S. immigration courts determined was a politically-motivated prosecution, and Konanykhin was allowed to remain in the U.S. and continue his entrepreneurial successes. However, had Konanykhin been the subject of a Project Red raid, he may not have had the chance to stay here and escape political persecution.

Project Red and its high profile actions to deport economic offenders from other countries is seemingly operating as an end run around U.S. deportation protections and, as such, has heightened and complicated the risks faced by those seeking asylum in the U.S. based on political persecution. While the initiation of an asylum application can provide temporary U.S. status, for several reasons that protection is far more tenuous than in prior administrations. Thus, the sequencing and timing of the asylum process in relation to the removal proceedings are critical, otherwise one may be forced to return to their country of origin to face prosecution.

While Red Notices do have their role in protecting U.S. borders, they should not continue to be utilized by ICE agents during street-level arrests leading to deportation. As long as these policies exist, asylum applicants can take actions to protect themselves. Strategies could include seeking meetings with relevant U.S. government offices including, where appropriate, the DOJ or DHS; seeking involvement of international human rights bodies such as the UN Human Rights Council; and counteracting foreign government media campaigns. In all cases, close coordination is needed among experienced U.S. criminal counsel and U.S. immigration counsel together with counsel in the home country where there is a pending criminal matter.

You may still get targeted by aggressive non-U.S. insolvencies -- here's how to fight them. 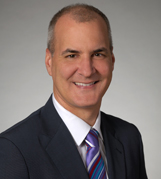 Sean S. Buckley
New York
Made it to the U.S.?

You may still get targeted by aggressive non-U.S. insolvencies -- here's how to fight them.