Below, our Offshore Asset Recovery team lays out two creditor-friendly decisions in England and how they can provide victims of fraud with a new route to claim damages from third parties, thereby widening the pool from which to make a recovery.

Two recent creditor-friendly decisions in England, which are likely to be applied in offshore jurisdictions, have given victims of fraud powerful new tools to aid recovery in asset dissipation cases. Although there is a well-established legal toolbox available to claimants to preserve or seize assets from defendants, these tools can be inadequate when defendants put their assets beyond the reach of creditors. However, the recent judgments provide victims with a new route to claim damages from third parties, and thereby widen the pool from which to make a recovery.

Specifically, claimants can bring two new types of claims against associates of fraudsters who have assisted in the dissipation or stripping of assets after a freezing order or judgment has been obtained. These decisions are a significant development for creditors because third parties often do not appreciate that their own assets could be seized if they help the defendant dissipate his assets. They are likely to be useful across many common law jurisdictions (because they build on common law torts, rather than statutory law).

Creditors seeking to make recoveries against fraudsters based in offshore jurisdictions should, therefore, consider these two new, but related, claims against third parties when developing their asset recovery strategy:

1. Third parties who have conspired with the defendant to evade recovery can be liable for damages.

When a defendant is in contempt of court for dissipating his assets in breach of a freezing order, a claimant may claim damages from any third party who has conspired with the defendant to put those assets out of reach. In JSC BTA Bank v Khrapunov [2018] UKPC 19, the UK Supreme Court recently ruled that contempt of court, which is a common law crime, can constitute “unlawful means” for the purposes of a claim for conspiracy to injure by unlawful means. This means the creditor can now bring such a claim directly against the third party conspirator. It will need to be shown that the asset dissipation was committed by the defendant in contempt of court, with the assistance and common intention of the third party, and was intended to put the defendant’s assets beyond the reach of the creditor. However, the intention to cause damage need not be the sole or predominant intention of the conspirator.

2. A third party who assists the defendant in stripping his assets can also be liable for damages.

Savvy creditors should also consider claims against third parties for procuring nonpayment of a judgment debt by assisting the defendant with asset stripping. In Marex Financial Limited v Carlos Sevilleja Garcia [2017] EWHC 918 (Comm), in rejecting a motion to dismiss, the English court found that if a third party brought about nonpayment of a judgment debt by assisting the defendant in stripping his assets, they could be directly liable to the judgment creditor for damages. In essence, the English court extended the principle that a third party should not induce or procure nonpayment of a contractual debt to the case of nonpayment of judgment debts. The judgment is currently under appeal, and will also need to be confirmed at trial, but potentially adds to the arsenal of weapons at the disposal of victims of fraud.

Taken together, these two decisions will give a significant boost to victims of fraud who are unable to recover assets from the fraudster but who can identify third parties complicit in the fraudster’s efforts to make himself judgment proof.

The BTA Bank decision will be highly persuasive in offshore and common-law jurisdictions such as the Cayman Islands, British Virgin Islands and Hong Kong. It is also likely that the courts in these jurisdictions will be guided by the Marex decision, once it is confirmed at the full trial of the case.

Our offshore asset recovery team is one of few with an acute focus on complex, cross-border asset tracing and recovery. Comprised of more than a dozen former U.S. Department of Justice investigative lawyers, as well as English solicitors, barristers, and Queen’s Counsel, our team has deep experience tracing, freezing and recovering misappropriated assets hidden in offshore structures.

Comprised of lawyers qualified in key offshore jurisdictions including the Cayman Islands and the British Virgin Islands, our team has been successful in freezing assets through both judicial and nonjudicial means to repatriate funds to victims. 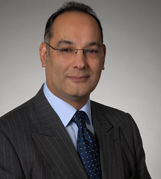 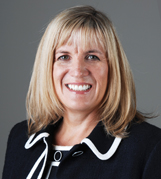 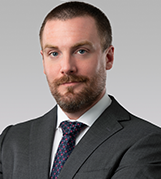