U.S. Enforcement Against the PRC: Preparing for the Next Wave

The U.S. government has made its intentions clear that it will investigate and prosecute PRC-based companies and individuals that it believes employ illegal tactics to compete with U.S. companies in key sectors. Below, representatives from our Government Enforcement Defense team — which includes multiple former federal prosecutors from the U.S. Department of Justice — explain how to effectively prepare and respond for the next wave of enforcement.

In recent weeks, the U.S. government made its intentions clear: it will investigate and prosecute PRC-based companies and individuals that it believes employ illegal tactics to compete with U.S. companies in key sectors.

While recent events are currently making international headlines, the U.S. approach was not wholly unexpected. For instance, the U.S. Department of Justice (DOJ) announced its “China Initiative” on November 1. What is not known for many Chinese companies and their executives and legal representatives, is how the U.S. government’s actions will develop – and who will be the next target.

Amidst this uncertainty, many executives and high-net-worth individuals in China are feeling understandably anxious.

For future defendants, it will be of paramount importance to understand the strategies and tactics of the U.S. agencies in charge of national security and fraud investigations.

The trouble is, this is a potentially sensitive area for some law firms headquartered in the U.S. No matter when, where and who the U.S. government strikes next, the first and perhaps most difficult challenge could be finding counsel not only with the relevant cross-border criminal law expertise, but also a willingness to fight U.S. authorities aggressively on behalf of PRC clients — without expending time worrying about whether that counsel’s other U.S. clients will become upset.

After all, when an individual is detained in a third country for violations of U.S. law, the circumstances will call for immediate action, not deliberation. For example, counsel will need to:

Defend against the full scope of exposure: U.S. law offers prosecutors powerful tools to seize certain assets at the onset of a criminal case. Counsel must not only defend the individual, but also put into effect a layered strategy to protect and defend continued access to property and accounts.
Similarly, if a Chinese citizen is in the PRC when U.S. charges come down, he or she must quickly establish an attorney-client relationship with experienced counsel (or co-counsel), to communicate candidly about what comes next in a way that is protected under U.S. law.

Whatever action comes next from U.S. agencies — and there is little doubt it will come — this cross-border perspective, not to mention a willingness to represent clients on the PRC side of the dispute, will be essential to helping clients respond quickly and effectively.

Frequently working with other law firms as special counsel, Kobre & Kim regularly represents China-based clients in cross-border government enforcement actions. The Shanghai-based team includes the only former U.S. prosecutor in China from the DOJ division that handles sanctions, and frequently works with the other U.S. agencies that enforces these controls, including the Bureau of Industry and Security (BIS) at the Department of Commerce and the Office of Foreign Assets Control (OFAC) at the Treasury Department. The Shanghai team also offers native language skills including Mandarin, Cantonese and Shanghainese. 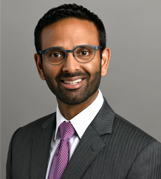