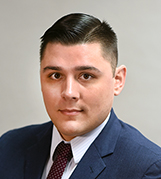 Stephen Babendreier, under the supervision of the firm's lawyers, provides support in matters involving intellectual property litigation and internal investigations.

His recent matters included assisting with the representation of Fractus, a Spanish research and development company, in patent infringement suits against major American telecommunications companies for violating its U.S. patents on cellular base station antenna technology. He has also provided research and analysis in connection with a representation under the Puerto Rico Oversight, Management and Economic Stability Act of 2016, which includes service as independent investigator to the Special Investigation Committee of the Financial Oversight and Management Board for Puerto Rico to perform a comprehensive review of the factors contributing to Puerto Rico’s fiscal crisis.