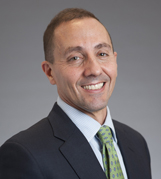 Practicing within the Middle East and Europe, Mr. Henoch previously served as a prosecutor at the U.S. Department of Justice (DOJ) (as an Assistant U.S. Attorney in the Criminal Division of the U.S. Attorney’s Office for the Eastern District of New York), presiding over a variety of investigations and trials. Mr. Henoch currently advises companies, boards of directors and senior executives in cross-border U.S. government investigations led by the DOJ, the U.S. Internal Revenue Service, the U.S. Securities and Exchange Commission and the U.S. Commodity Futures Trading Commission, among other regulatory and enforcement agencies.

Obtaining the rank of lieutenant colonel, Mr. Henoch served in the U.S. Army and Army Reserve for more than 20 years.

“Robert Henoch [is] commended by peers and clients for his fantastic practice centred on representing European and Middle Eastern clients facing legal issues with US authorities.”

- the publishers of Global Investigations Review