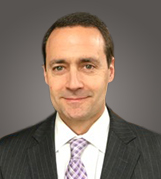 Robert Hettleman advises companies and individual clients in internal investigations that have cross-border elements and involve regulatory inquiries by the U.S. government.

A former New York state judge, Mr. Hettleman brings extensive government experience to his practice, including over a decade of prosecutorial service.

Early in his career, he clerked for the Honorable Roanne Mann of the United States District Court for the Eastern District of New York.