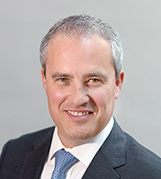 Jonathan Huth is an accomplished trial lawyer who focuses his practice on cross-border disputes and investigations in the UK and greater Europe and Africa, including international arbitration award enforcement, asset investigations and related recovery matters.

Before joining Kobre & Kim, Mr. Huth was associate general counsel at HSBC Bank in London, where he conducted cross-border investigations and served as defense counsel in matters posing significant exposure, including allegations of financial crimes. In that role, he responded to inquiries and liaised with regulators throughout Europe, Asia and the Americas, including the U.S. Department of Justice (DOJ), the UK's Serious Fraud Office and the UK's Financial Conduct Authority (FCA). Most recently, he was a director in global markets, managing Dodd-Frank compliance and advising on certain aspects of the Federal Reserve Board order and DOJ deferred prosecution agreement related to fraud charges in the rigging of currency rates.

Earlier in his career, Mr. Huth was a senior trial attorney in the Division of Enforcement at the U.S. Commodity Futures Trading Commission (CFTC). There he handled enforcement actions related to benchmark and market manipulation, fraudulent on-exchange futures and off-exchange forex, and Ponzi schemes. With respect to benchmark manipulation, Mr. Huth investigated and oversaw certain aspects of the resolution by several global financial institutions involved in both the Libor and the Foreign Exchange Benchmark matters.

In his role at the CFTC, he worked closely with regulators including the DOJ, the FCA, the Monetary Authority of Singapore and Japan’s Financial Services Agency in parallel criminal and civil investigations.