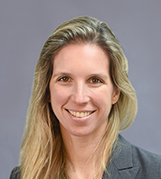 Before joining Kobre & Kim, Ms. Martosella served as the in-house counsel for a media startup. Earlier in her career, she practiced at Sullivan & Cromwell LLP, where she focused on complex commercial litigation, arbitration and government investigations. After graduating from law school, she clerked for the Honorable Henry duPont Ridgely of the Delaware Supreme Court.