A recent meeting between antitrust enforcers from both South Korea and the U.S. is a sign that two of the world's most active antitrust regulators are likely to collaborate more closely in the future, thus adding a new level of complexity to multinational antitrust litigation. Here, our U.S. and Korea-based antitrust teams break down the current state of antitrust enforcement in both countries, and what the recent development could mean for Korean targets and their counsel.

The antitrust enforcers of both South Korea and the United States—two of the world’s most active antitrust regulators—are likely to collaborate more closely in cross-border matters. These joint actions would bring antitrust enforcement in Korea to a new scale, and Korean targets and their counsel will need to quickly adopt an aggressive, multi-jurisdictional defense.

On April 26th, officials from the U.S. Department of Justice (DOJ) met with the Korea Fair Trade Commission (KFTC) in Seoul, to “reinforce … cooperation in light of the increasing internationalization of antitrust enforcement.” DOJ officials also met with Korea’s Ministry of Justice and the Supreme Prosecutor’s Office regarding cartel enforcement.

The U.S. and Korean antitrust enforcers are among the world’s most active regulators. In a recent newsletter titled “Cartels Beware”, the DOJ Antitrust Division vowed “vigorous enforcement of the criminal antitrust laws” while claiming to have had 91 pending grand jury investigations at the close of FY 2018. The KFTC levied the third-highest amount of cartel fines in the world in 2018, imposing more fines than the U.S., Japan, China, India, Canada and Mexico combined. The KFTC also called for increased private enforcement in Korea, recently signaling a possible U.S.-style private right of action – and the ability to seek treble damages – for anticompetitive conduct in Korea.

Enforcement actions are already crossing borders as the DOJ frequently takes actions against South Korean firms, and KFTC against U.S. firms. Over the past six months, the DOJ obtained guilty pleas from a total of five South Korean companies accused of bid rigging, reeling in over US $350 million in both fines and settlements in connection with the matters. For its part, the KFTC has been engaged in a decade-long battle with U.S. chipmaker Qualcomm in South Korean courts: In March 2019, the Supreme Court of Korea upheld the US $200 million in fines levied against the chipmaker, with an additional potential US $1.3 billion pending following a future round of litigation.

When these highly-active, U.S. and South Korean antitrust enforcers collaborate more closely, the resulting multinational litigation will inevitably become more complex. For example, when KFTC enforces against U.S. firms, additional DOJ investigations against those targets may follow. Conversely, a DOJ investigation against a Korean firm may trigger a civil litigation in South Korea brought by private litigants, with treble damages at stake.

The DOJ and KFTC  approach criminal antitrust cases quite differently, including their enforcement mechanisms, which individual rights and privileges they recognize, and more. When these enforcers take collaborative antitrust actions, targets will require equally coordinated defense strategies – likely combining the knowledge of both Korea and U.S. antitrust specialists.

Led by former U.S. federal prosecutor Michael Kim, our Korean Investigations team includes native Korean-speaking lawyers based out of our Seoul and U.S. offices focused on advising Korean parties on U.S. matters. Additionally, we have extensive experience with South Korean regulatory authorities such as the Korean Financial Supervisory Service and the Korean Public Prosecutors’ Office. 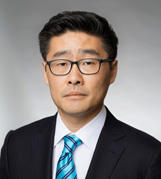 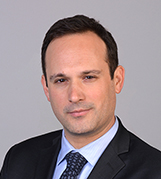 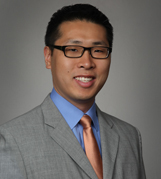 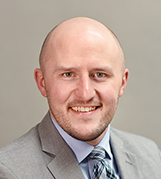