When Sovereign Judgment Debtors Fight Back: Clashing with Titans

With potentially billions of dollars at stake, sovereign governments have begun to raise the ante and fight back with the full powers of the state against investors and creditors enforcing judgments against them. Below, in the second part of a series on sovereign judgment enforcement, our team shows how creditors can use an anticipatory and nonconventional counteroffensive strategy to neutralize sovereign attacks and maximize the odds of success.

Monetizing judgments against sovereign entities can provide massive returns for investors. However, as civil proceedings against a nation-state, they can be epic, back-and-forth conflicts – evolving into quasi-criminal cross-border disputes.

By recognizing the special, sovereign powers of your adversary, anticipating how they will deploy them, and employing specialized strategies and tools (going far beyond conventional asset recovery solutions), creditors and investors can protect themselves while maximizing the odds that they can monetize the highest return.

1. Know Your Adversary: Anticipate the Moves only Sovereigns can Make

Sovereign countries are not invincible, but they do hold special powers. They often will not hesitate to use those powers to make the enforcement of their debts as difficult – and costly – as possible.

If the creditor (perhaps a multi-national corporation) has a business within their nation, the sovereign can attack that creditor’s contracts, supplies chains, access to banking and even personnel. Even if the creditor has no operations within its borders, the debtor likely has relationships with other sovereign nations (allies) it can leverage to inflict financial harm.

Conducting stress tests of the creditor’s own assets and vulnerabilities, both within the sovereign nation and elsewhere, is an often overlooked step that can illuminate opportunities for “proactive defense,” to foil the likely counterattacks of your sovereign adversary.

2. Build Your “War Room”: Offensive Investigations to Contest the Legitimacy of Sovereign Claims

A likely counterpunch from a sovereign debtor will be to make a claim of their own against the creditor: a monetary or even criminal judgment likely to come from their own national courts.

To combat such claims, creditors will need to perform extensive and global evidence-gathering to develop a robust factual narrative in their favor. Offensive investigations against officials, state-owned businesses and assets, and even the government itself, can uncover specific evidence demonstrating the illegitimacy of the sovereign’s claims against the creditor, and reveal the underlying political motivation. Finding evidence of misconduct can serve to pressure the sovereign into surrendering, or at least undermine their credibility in the view of other governments.

3. Bring Unconventional Weapons to the Fight

Campaigns to monetize awards or claims can quickly venture into the realm of cross-border criminal law, as sovereigns attempt to stop enforcement steps around the globe by seeking recognition of criminal asset forfeiture orders or orders purporting to wind up the creditor company issued by the sovereign’s own courts. Sovereigns may also seek assistance from INTERPOL to arrest the creditor’s personnel and have them extradited to the sovereign’s own territory.

To blunt such efforts, creditors should not wait to fight battles in court but should be prepared to proactively raise concerns about the sovereign’s conduct with relevant government agencies and with INTERPOL, by showing evidence of the claim’s lack of legitimacy.

However, cross-border litigation also provides additional tools to the creditor, including foreign discovery applications to anticipate the sovereign’s strategy, or perhaps even voluntary bankruptcies to bring the dispute to a jurisdiction with more relevant asset protections.

Dealing with a sovereign adversary can raise the stakes of a dispute – threatening to increase the cost and even risk to the creditor. But creditors and investors should not be intimidated: There are battle-tested techniques, beyond the borders of traditional, regional asset recovery strategies, to apply counter-pressures on the sovereign and ultimately convince them to deliver against those rightful debts. 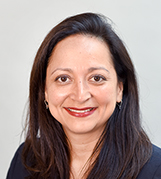 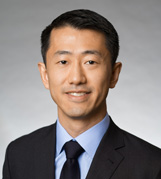 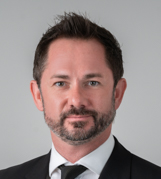