Looking to Enforce a Judgment in the U.S.?

Below, our Insolvency specialists unpack a ruling in the New York state court in a Russian Insolvency case, and the implications it has for judgment creditors looking to enforce their rights in the U.S.

In VTB Bank v. Mavlyanov, the New York state court has refused to stay proceedings for recognition of two foreign money judgments commenced by a Russian bank against an individual debtor, pending resolution of the debtor’s insolvency proceeding in Russia. The court granted recognition of two Russian judgments obtained by the bank against the debtor despite allegations that the underlying Russian proceedings were unfair. The court’s decision, denying the debtor’s general allegations that he could not get a fair trial in Russia, is consistent with other recent decisions out of New York federal courts that refuse to find Russian court proceedings “unfair,” “corrupt,” or “fraudulent” where the defendant received due process and voluntarily appeared and participated in Russian court proceedings.

The New York state court’s ruling has several implications for judgment creditors to enforce their rights in the U.S., including:

A foreign insolvency is not a barrier to judgment recognition in the U.S.

It is common for judgment debtors to initiate bankruptcy to invoke an automatic stay to stave off collection efforts. Now, unless the foreign trustee has sought U.S. recognition of the foreign bankruptcy, the mere pendency of that bankruptcy is insufficient to stop a judgment creditor from enforcing its rights in the U.S.

Judgment creditors are no longer at the mercy of a foreign trustee to pursue recovery of assets located in the U.S.

It is not unusual for creditors to join their efforts with the bankruptcy trustee, seeking to maximize value for the benefit of the bankruptcy estate. The creditors’ unilateral actions against the debtor, in fact, are usually stayed during a bankruptcy proceeding. The trustee’s actions, however, are often restrained by practical considerations, including lack of financial resources to investigate the debtor’s assets in a foreign jurisdiction. Now, unless foreign law precludes creditors’ extra-territorial action, judgment creditors could take steps to enforce their rights and to improve their potential recovery in the U.S.

Foreign judgment creditors are not held back by Chapter 15.

Commencement of a bankruptcy case under Chapter 15 of the U.S. Bankruptcy Code is often referred to as a “single point of entry” for a foreign trustee to seek relief in the U.S. courts. In contrast, foreign creditors are generally free to select from any of the recognition, enforcement, provisional relief, discovery, or other litigation tools available to them under U.S. law.

There is an emerging presumption that judgments obtained from Russian courts are enforceable in the U.S.

There is a recent trend of U.S. courts rejecting “fairness” and “corruption” challenges to Russian courts’ judgments. With the proper advice available from counsel experienced in handling cross-border litigation, judgment creditors should be able to navigate and overcome such challenges to successfully proceed with their judgment recognition and enforcement actions in the U.S.

Regularly working with other law firms as special counsel, our insolvency disputes and judgment enforcement team has extensive experience litigating in contentious, multijurisdictional insolvency matters that involve competing stakeholders. The team has significant experience acting on behalf of judgment creditors to develop and implement enforcement and asset tracing/recovery strategies to monetize high-value judgments, guided by an in-depth understanding of the defensive litigation strategies that may be deployed by debtors. 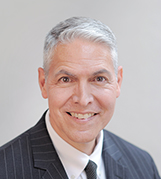 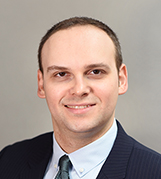 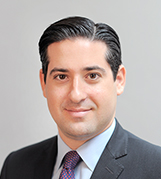